Students learning English as a second language nowadays struggle as much as I did when I was just a kid.

My first English teacher was a disciplinarian, and she was the stereotypical Asian mom you read in books or see on TV. She would hit my sister and the four-year-old me with a stick if we could not read and pronounce the words on the board correctly. Pretty harsh, right? If only she knew that her pronunciation was only close to being precise, she had that piece of wood already disposed. After studying long hours at home, she would then prepare some merienda for us. Thanks mom for the reward!

Happy as I was when I Iearned a few English words, her lips would just curve a smile. Little did my mom know that at such a very young age I already knew that I was still far from being good. How? I still couldn’t speak English in a magical way. I wanted to speak like the Disney Princesses I grew up with. Fast forward to the 21st Century, the Potterhead was born. It was during this time that Harry Potter and the Sorcerer’s Stone was a big hit in the Philippines. Many of my classmates in grade one would mimic Hermione from the movie and say the famous spell “wingardium leviosa” in British accent only to sound like chipmunks.

Hermione’s eloquence in speaking made me love the language more that I started reading story books in English with coloring pages. The fun part is I, together with my classmates, was told in school that we should actually follow the standard American English. What?! Some of my English teachers didn’t sound like Ellen or they at least had these regional accents. Well, what choice did I have but to learn and follow the system just to realize that I still had that barely noticeable British accent, “Uh-oh! I still have it.”

No teacher ever corrected me with my pronunciation simply because I was the unpopular and shy type. I was not participating much in any class discussion nor recitation! I was the young side chick who disliked any social interaction and preferred the pens and papers to do the talking. How could I practice my spoken English and even have that American or neutral accent? My younger self didn’t actually have these questions in her head. English was only a subject that she needed to live with everyday.

That’s just a glimpse of my past. It’s an experience that I would like ESL learners or teachers to hear. Sometimes kids or adults are shy not only because they are afraid of making mistakes but also because they simply are. There were many factors which affected my oral fluency. Take my dear mom for it. I love her so much. It’s just that I hardly received any praise from her when I was younger, or maybe she did. For a kid who loved English, I already had a low self-esteem.

Some of my English teachers were not great motivators either, or maybe they were for some. How I wish my spoken English would also improve back then like how I got better in reading and writing when I was in elementary school. Watching Hollywoord movies, doing a pronunciation drill by myself, and practicing with my friends were better than just listening to my teacher’s stories.

Now that I got the confidence to SPEAK and TEACH English, I would like to remind all of us that having a British or American accent is not necessary as long as you can speak with a very clear and accurate pronunciation. I am not a native speaker, so I know how an ESL learner feels. If I made it this far, you can do it as well. Just mind that it’s never going to be easy. Learning Englsh is a continuous process.

Fortunately, it does not end! It does not end in school nor at home. It does not end in an online platform nor at work. The language lives on. Whether you are in the streets or in the supermarket, you’ll hear some people speak English. If you are given a chance to speak with foreign teachers or native speakers of English, raise your wand and better learn from them. 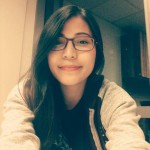 I am a 24-year old reserved writer who puts her thoughts and life experience into writing, which often end up being either published or unpublished. Like Professor James Moriarty and Sherlock Holmes, I'm an INTJ who loves thrill and mystery. As an introvert, I love to explore, drink coffee in a quiet place, connect with nature and also inspire people through a narrative, poetry and even literature.

What Does It Take To Be An Online Kindergarten Teacher

Get Paid To Write