Online and classroom-based ESL firms abound in the Philippines. Employers originating mostly from South Korea, China, Vietnam, Japan, and God knows where else have set up companies that employ thousands of Filipino English teachers.

What Makes You Think We Are Effective

Our country is undeniably open to anything English. From TV commercials, billboards, textbooks, signages, newspapers, to even our laws, English dominates. Right after a Filipino mother gives birth, the baby gets  his or her first taste of the English language:

Everyone from sidewalk vendors, taxi drivers, security guards to service crews speak a word of English. But look, as English teachers how effective do you think we really are? What about you? Over the past several years, what have you observed?

I am giving you an idea. I have met AB, BSED, and BEED graduates all majored in English speaking with an accent way different from being neutral that a native speaker would have trouble understanding. I have met TESOL-certified and licensed education graduates having problems pronouncing words and communicating in actual conversations. Do you think I’m making this up? Look closely around you.

Learning English Is Not Divided Into Semesters

Just because you can’t express yourself well in English schools have failed. No. Schools, universities, colleges simply don’t have the luxury of time. There’s just too much work. And teaching English is just one of them.

College instructors have strict schedules to follow, textbook chapters to finish, and grades to calculate. They don’t even have a minute to talk to you sometimes. If they do, chances are it’s in our native language. Hahaha!

At school, we learn English and how to teach it by way of logic (grammar rules) and research (methodology), but most of us lack constant practice and exposure to the language be it spoken or written.

Isn’t it a requirement that you speak with an American or neutral accent before you get an ESL teaching job? Yes, because clients from kids to adults know how English sounds like, as they too watch American films and listen to their favorite English music. Am I right? I’m not saying you fake your accent in order to sound like a native speaker. Now, let’s talk about accent.

The statements that follow are all taken from my eBook. Let me know what you think about my thoughts.

A single mistake like this definitely causes miscommunication. Dazed and confused, native and non-native speakers alike quite likely ask you, “Pardon?” or “What did you just say?”

Pronunciation, therefore, is essential to make yourself understood. Most students, however, confuse pronunciation with accent.

Here’s my two cents: Everyone has an accent. Someone, somewhere even in your very own country speaks your own language with an accent. Agree?

Not surprisingly, anyone trying to acquire another language ends up speaking that language with his or her own accent. Agree? Take for example Jackie Chan or Arnold Schwarzenegger. They both speak understandable English with their unique accent.

This story is true. I once met one American guy who made an attempt to speak Tagalog (our national language) and did it successfully with an American accent. Did I laugh? Yes, I did. I laughed with him.

Most Filipinos like to hear foreign nationals speak our language with their accent. Do they sound funny? Yes, but in a way we love to hear. Correct? It’s more of a curiosity thing than anything else. No big deal.

Understandably, a British learning Chinese will perhaps begin to speak this tonal language with a British accent. This is exactly what happens when a Filipino, Chinese, Korean, or Japanese begin to learn speaking English. They speak it with their respective accent. And yet to my surprise, we would oftentimes face this extraterrestrial question,

“WHERE ARE YOU FROM?”

Sir? Madam? Please check Google Earth. I am from the same beautiful planet on which you live. However, I grew up in a small neighborhood in which people care about their farms and livestock more than how “fax” should be pronounced.

Taking an accent reduction course wasn’t part of my daily chores. Neutral accent, British accent, and American accent were all alien to me. I thought speaking with correct sentence structure was good enough. But then I could overhear people around me loud enough. They said my pronunciation sucked. So, I have worked on it so hard.

Compared to vocabulary and grammar, pronunciation of sounds that we do not grow up with is real tough. It had driven me nuts for years. IPA (International Phonetic Alphabet) symbols initially looked like Egyptian hieroglyphics to me.

In fact, I’m still curious. It seems that most native speakers don’t worry too much about how their mouth actually makes the sounds. Do all of them exert super-human effort to master IPA? I have serious doubts.

Anyhow, accent is personal. If you want to do something about it, accent reduction courses exist. If you don’t want to hire an accent coach like I did, there are plenty of free audio books and videos out there to help you out. Devour them!

If your employer requires you speak without a thick accent, go ahead get it fixed! If you prefer American accent, go for it. If you wish to sound British, Scottish or Irish, you have my full support.

Most people in your circle might not be that supportive though. I have heard a couple of my friends say, “Hey, you don’t have to sound American. Just sound neutral, Bro!”

There will be people who feel uncomfortable when you speak with either American, British or whatever accent of your choice. Some of your friends will make fun of you. How would you feel when friends do not seem to be supportive?

Do you think you can pull it off sounding truly native? Do you somehow think you sound like an idiot instead? Faking an accent will do you more harm than good. Careful.

In the first place, does accent truly matter? Yes, it does—only when it hinders communication. How do you speak English with your own unique accent? Do you speak clear and slow enough to get your point across? Do native speakers look confused?

In my opinion, the reason you should learn English is nothing more than just being able to communicate. And as long as you are being understood, you are cool! End of the story.

But we are ESL teachers! We are responsible for something bigger. Let’s take a moment and put ourselves into our clients’ shoes. If you are a parent, would you like your kids to learn wrong things? If you are an ESL student, who would you rather prefer to be your English teacher? Go, ask yourself.

As an ESL teacher do you think there is something else you need to learn aside from being expert at teaching grammar, making props and visual aids, and preparing lesson plans? Do you think what you know is good enough and is worth what your student is paying for? Do you think  you have the qualification, the skill, the passion that would make you stand out on the job market so that when you go to China, Vietnam, and Japan you can be as competitive as native speakers of English?

Why do you think most non-native English speaking countries prefer native speakers as their classroom-based English teachers? But you know what? Instead of asking why, I think we all have to look ourselves in the mirror then ask this question:

When can we start working on being the best versions of ourselves?

I am not saying we are not excellent at doing our job. I have met Filipino ESL teachers who are as passionate, dedicated, and creative. I’ve worked with some whose communication skills so fantastic your first impression they’ve been to the states. I know one teacher who loves to write. When it comes to grammar, he’s an absolute beast! But the only problem we have though if we seek people of the same caliber is—where to find them?

Wait, are we supposed to look for them? I think we can be them! We can be more! Don’t you think so? It’s high time to take the personal initiative to make an effort to go beyond the four walls of the classroom and take action!

Let’s bring more glory to our country by showing the world the kind of ESL teachers we are. We can do it. You KEN do it. 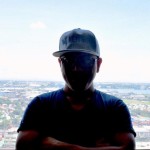 Ken currently lives in China and works for National Geographic Learning as an ESL teacher. When he is not teaching, he builds websites and writes blogs. He also helps teachers obtain a TESOL certificate and get a teaching job in China.

AT A SNAIL’S PACE

Get Paid To Write